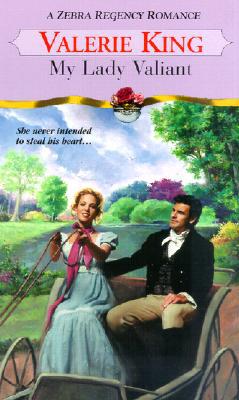 Can A Determined Young Lady Bring A Rake Up To Scratch?

Anne Delamere is outraged. The fact that the infamous rogue, the Earl of Staverton, has broken another heart is not surprising, but the idea that he has trifled with her cousin, Cassie, is beyond enough. Yet just as Anne sets out to plan revenge on Cassie's behalf, she is nearly run over by a racing curricle, and moments later, rescued by an astonishingly handsome man. With one impulsive kiss of gratitude, Anne loses her heart--only to find that her savior is none other than Staverton himself!

Staying the night in rural Sulhurst, Staverton mistakenly believes that his evening will be brightened with a visit from delicious young Anne. But while Anne fails to come to his inn that evening for a little flirtation, she does appear the next morn--holding a pistol to his head and pronouncing herself his kidnapper, all to avenge her disappointed cousin! How to explain that he is not a good-for-nothing rake, but instead, a British spy on a mission? And one who fears that this valiant beauty has kidnapped his heart, as well?
Reviews from Goodreads.com