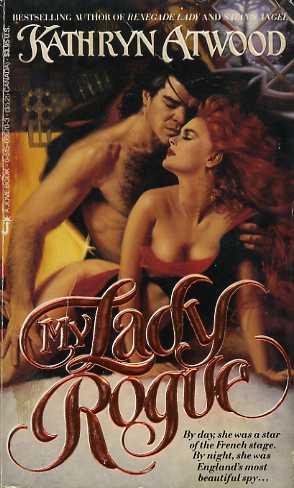 THE EMBRACE OF BURNING INTRIGUE...
THE LURE OF REMEMBERED PASSION

Ariel de Juilers Greystone... beautiful, clever...a woman of many talents, she was London's leading actress--and she was about to assume the most important role of her life ...as a spy against Napoleon Bonaparte, Emperor of France.

Lord Christopher Drake... sweeping back into her life after five years, with his intriguing offer of money and adventure... he was just as handsome, just as captivating, just as infuriating as ever:

Together they stepped into the glitter of the French court. The stage was set--without curtains or props--but with danger: And Ariel entered a world where deceit lay behind the most charming faces ...where bitter jealousy turned to deadly treachery...and the smoldering embers of passion--burning... aching, demanding--consumed her in the flames of ecstasy.
Reviews from Goodreads.com