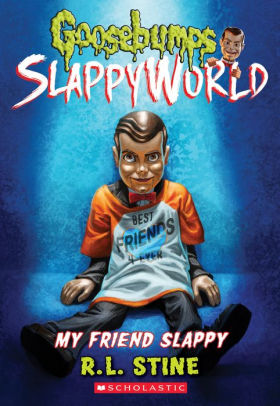 "This is Slappy's world -- You only scream in it!
Barton Suggs has it rough. He only has one friend, Lizzie Hellman. The school bullies are out to get him. And nobody believes him about it! After Barton gets pranked again, he's had enough! So when Barton brings Slappy to life, he's thrilled to find a new "friend" that's willing to help him get revenge on the bullies. Slappy's never had someone like him before. What's up with this Barton kid? Will Slappy's new Best Friend Forever end up his Worst Nightmare Ever?"
Reviews from Goodreads.com