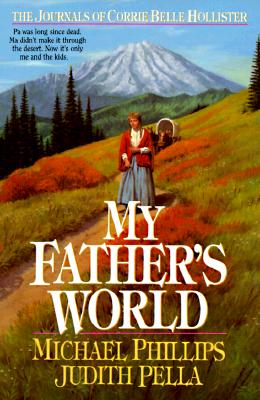 As the wagon train made its descent from the mountains, the warm colors of autumn tried in vain to cheer the weary young travelers. Their mother had perished in the desert, and they had heard that their father was dead some years before. With the help of the wagon master, fifteen-year-old Corrie Belle Hollister is the only one left to bring her two brothers and two sisters into a raucous mining camp during the California Gold Rush to find their Uncle Nick.
Her mother's dying words to Corrie: "A woman's got to be strong. She's got to be able to make her way alone if she has to." When the little troop arrives in Miracle Springs and discovers that Uncle Nick has skipped town and the sheriff is after him, the "land of promise" turns into one of fear and unknown danger. Shouts of "gold" and "new strike" fade away as Corrie stands in the middle of a strange town with everyone turning them away.

Could they make it on their own? She'd have to try!
Reviews from Goodreads.com