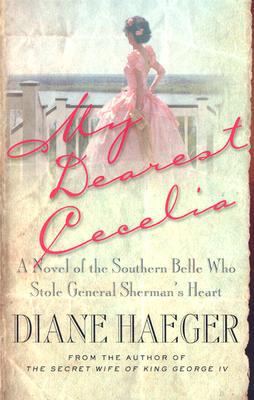 As she enters the Commencement Ball at West Point on a spring evening in 1837, Cecelia Stovall looks and feels like the perfect, innocent Southern belle. But at that dance she will meet the man who will change her life--and the lives of her fellow Southerners--forever. Cecelia falls instantly in love with the dashing young Northern cadet William Sherman, and they embark on a fiery, secret rendezvous despite their broad cultural differances.

Legend has it that Sherman's love for Cecelia was the reason he spared her hometown Augusta during his infamous march to the sea, when he burned Atlanta to the ground. Diane Haeger has re-created this lost romance in a sweeping and lyrical novel that will be treasured equally by the history enthusiast and the incurable romantic.
Reviews from Goodreads.com