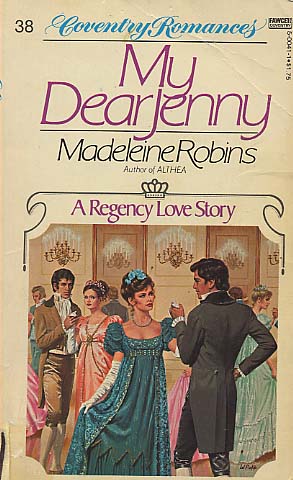 Jenny was not a beauty, but there was something about her that drew the enigmatic Peter Teverley.

From the moment they met at the inn--where they suddenly discovered themselves embroiled in Emily Pellering's mysterious elopement -- Jenny found herself strangely interested in him. More than she dared to admit.

Neither, however, gave each other the slightest reason to assume on affection between them. In fact, their exchanges were quite unsettling. Furthermore, Jenny's friend Emily decided that she herself was in love with Peter. In the face of such odds, Jenny stopped her dreams cold. . . .
Reviews from Goodreads.com