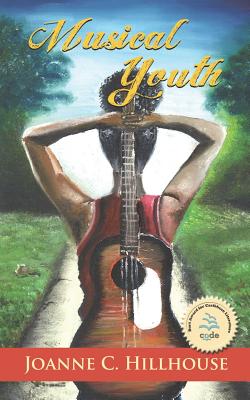 Featured in Essence Magazine February 2016There are no missteps in this tender coming-of-age romance, only an enthusiasm for love and life that reverberates triumphantly, as both Shaka and Zahara battle their demons with hope’s persistent chorus.-CaribbeanBeat Magazine.

“Musical Youth is a beautifully crafted novel with the leitmotiv of music running throughout it. This is a powerful and credible story of young love between two likeable heroes.-Burt Award for Caribbean literature.

Musical Youth is a compelling read because Hillhouse has managed to make readers really care about the characters and their struggles.-Trinidad Guardian.

Music, Discovery, Love. Can one summer make the difference of a lifetime?Zahara is a loner. She's brilliant on the guitar but in everyday life she doesn't really fit in. Then she meets Shaka, himself a musical genius and the first boy who really gets her. They discover that they share a special bond, their passion for music, and Zahara finds herself a part, not just of Shaka's life, but also that of his boys, the Lion Crew. When they all get roles in a summer musical, Zahara, Shaka, and the rest of the Lion Crew use the opportunity to work on a secret project. But the Crew gets much more than they bargained for when they uncover a dark secret linking Shaka and Zahara's families and they're forced to confront some uncomfortable truths about class, colour, and relationships on the Caribbean island of Antigua.