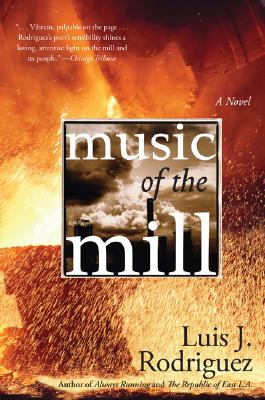 Share:
In a stunning literary achievement -- with a power and scope reminiscent of John Steinbeck -- Luis J. Rodriguez captures the soul of a community in this epic novel about love, family, workers' rights, industrial strife, and cultural dislocation

As the World War II cultural and industrial boom birthed a new California, a mighty steel industry rose with the potential to make modest dreams real for the workers willing to risk their lives in the mill's ferocious heat.
For the Salcidos, the Nazareth mill became an engine for survival. Luis J. Rodriguez chronicles the simultaneous evolutions of this American family and the enormous enterprise that drove them -- from optimistic and cohesive units questing for stability and prosperity to disintegrating entities whose dreams have long since lost their luster.
Spanning six decades, the novel conveys the drama, resilience, and humor of working-class life during a little-known era in American history.