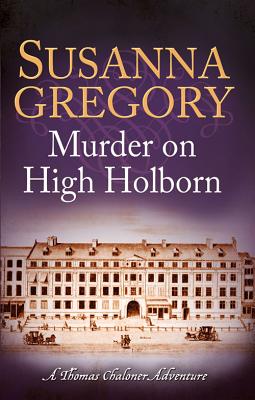 In 1665 England faces war with the Dutch and the capital is awash with rumors of conspiracy and sedition. These are more frenetic than normal because of the recent sinking in the Thames of one of the largest ships in the navy, a disastrous tragedy that could very well have been caused by sabotage. As an experienced investigator, Thomas Chaloner knows that there are very few grains of truth in the shifting sands of the rumor-mill, but the loss of such an important warship and the murder of Paul Ferine, a Groom of the Robes, in a brothel favored by the elite of the Palace of White Hall makes him scent a whiff of genuine treason. As well as investigating the murder, Chaloner is charged with tracking down the leaders of a fanatical sect known as the Fifth Monarchists. He suspects his masters are not particularly concerned by their amateur antics, and that the order for him to infiltrate the group is intended to distract him from uncovering some unsavory facts about Ferine and his courtly associates. Then, as he comes to know more about the Fifth Monarchists and their meetings on High Holborn, he discovers a puzzling number of connections -- to both Ferine's murder and those involved with the defense of the realm. Connections that he must disentangle before it is too late to save the country.
Reviews from Goodreads.com

This book is number 9 in the Thomas Chaloner series, and it's just as exciting and deadly as the other books in this wonderful series. The time is spring 1665 in London. King Charles II is on the throne and his subjects are getting tired of his profligate ways. There is a lot of mumbling and grumbling about the king at this time. Lots of weird and wacky sects have formed because people are sick of the high taxation and the wasteful spending. Thomas gets drawn into a particularly fanatical one as he tries to find out what it is the Fifth Monarchy has planned. He uncovers lots of treacherous plots and not all are from the Fifth Monarchy. As he digs deeper he finds it touches all levels, including the King's Privy Council and even a family member of the King. Chaloner find himself in grave danger as the plot appears to become more and more far-reaching. Ms. Gregory's books are based on true historical happenings that she weaves into her very intricate and tight plots. Always a delight.