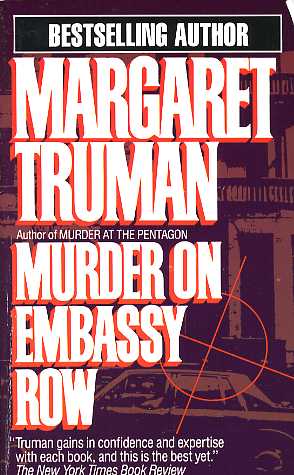 WHO WOULD KILL THE BRITISH AMBASSADOR AT HIS OWN ANNIVERSARY PARTY?

Geoffrey James was British ambassador to Iran before serving the same function in America. That explains his rather extravagant taste for caviar. But what can account for his mysterious murder on the night of a gala party at the embassy?

Captain Sal Morizio, of Washington's Metropolitan Police Department, is told to handle the case - with kid gloves. Because the death occurred at the British embassy, its technically Britain's business. And the British don't want anyone meddling in it.

But Morizio already has too much information to ignore. By the time he is told to curtail his investigation, he and his lady love, fellow officer Connie Lake, are caught in a dangerous search for missing clues that takes them to London and Copenhagen, where there is much to learn about smuggling and corruption in very high places - and the effects of caviar on otherwise rational people....
Reviews from Goodreads.com