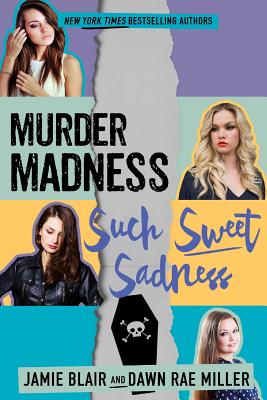 Haddie, Livie, Reggie, and Val. Four girls with secrets to tell.A murderer is loose on the FU campus, and despite their best efforts, the police are nowhere near making an arrest. It’s beginning to look like Jackson’s murderer may walk free — until someone calling themselves The Fifth begins threatening each girl.Suddenly, The Fifth starts revealing the girls’ darkest secrets:Reggie is the campus drug dealer, Livie is a kleptomaniac, Haddie hasn’t remained a virgin, and Val is struggling with her sexuality.With no option but to work together, the girls dive deeper into Jackson’s web of lies, and hope to unmask The Fifth while solving the mystery of Jackson’s death.The more answers they get, the more dangerous life at FU becomes — not just for the girls, but for the people they love the most.Which makes a girl wonder, who’s next on the murderer’s list?
Reviews from Goodreads.com