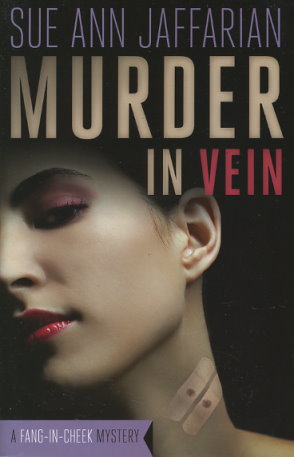 Who -- or what -- is prowling the streets of Los Angeles in the dead of night?

Vampires. Vam-pires. Real live -- er, dead (undead?) -- bloodsucking vampires, living in the City of Angels. Madison Rose, a street-smart twenty-something waitress, would never have believed it -- until a vampire thwarts a vicious attack against her by appearing in the nick of time and finishing off her assailant in one tasty bite.

Madison has been saved by the vampires -- or has she? She learns that women have been reported missing, their lifeless bodies turning up drained of blood. Now the murderer is after her. As the violence escalates, Madison, LAPD Detective Notchey, and a cadre of alluring and dangerous vampires search for the true killer -- while Madison keeps a wary eye on the skittish and thirsty vampires. Will she survive to see the light of day?
Reviews from Goodreads.com