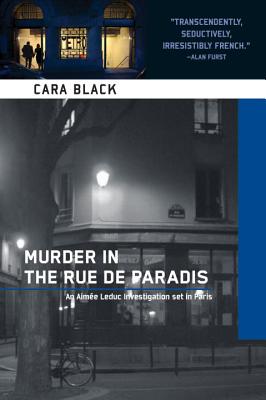 Parisian P.I. Aimée Leduc is head-over-heels when a former boyfriend, an investigative journalist, reappears and proposes—but his professional past has caught up with him, and now Aimée must figure out who would want him dead

Aimée Leduc seems to be having a streak of good luck. First, she secures a lucrative computer security contract for her Paris detective agency. Then her ex-boyfriend Yves, the gorgeous bad-boy investigative journalist, reappears in her life. He insists he’s back in Paris indefinitely—and wants to make the ultimate commitment. He proposes to her that very night, and Aimée can’t help but say yes.

When she wakes up in the morning, though, Yves is gone without even leaving a note. Aimée is irate until she learns the awful truth: Yves was murdered early that morning. Heartbroken and convinced the Brigade Criminelle are not following the right leads, Aimée pursues the mystery behind her fiancé’s murder. Yves was killed trying to further a cause he believed in. Even if it means putting her own life on the line, Aimée won’t let him die in vain.
Reviews from Goodreads.com 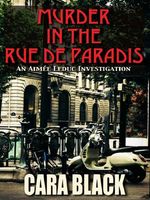