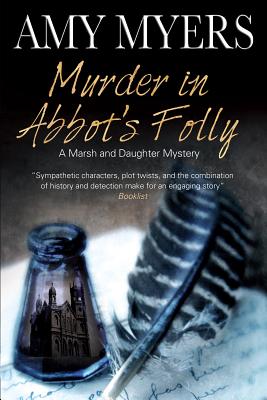 Curiosity about a murder that took place in an eighteenth-century folly draws father and daughter team Peter and Georgia Marsh to a Jane Austen-themed summer gala at Stourdens, a fast-decaying Georgian mansion in Kent. But instead of enjoying a literary day out, they are thrust into a tense situation, with a collection of Jane's letters -- thought to contain thrilling secrets about her love life -- at its heart. Should they be published? Peter and Georgia are inadvertently caught up in the battle -- which soon turns deadly .
Reviews from Goodreads.com