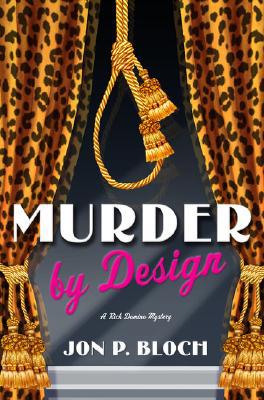 Rick Domino is at the very top in his world - which is Hollywood - and his stock in trade is celebrity gossip. His finances, however, are the pits and can't begin to pay for his copious good taste. So when his producer 'suggests' he be a guest on a popular cable decorating/reality program - "My House, Your House" - Rick agrees to appear not only because he's not really given a choice in the matter but it's a chance at a free makeover for his sagging, outdated living room. As plans go, this isn't Rick's best.

And it all quickly goes horribly wrong. The consulting designer assigned to his house is well known for the particularly dreadful remodeling horrors she's perpetrated on other guest's spaces. To make matters more unpleasant, Rick is teamed up with his bitterest professional enemy - his grasping, bitch co-host Mitzi McGuire-while the other 'couple' in the program is his friend Terry Zane - a sweet but savagely unstylish police detective - and Terry's recent ex-wife, the charmless Darla Sue. As if this mess wasn't big enough, one of the designers is savagely-if perhaps understandably-murdered and the prime suspect is Terry Zane's cousin. With Terry's help, Rick Domino is on a quest to rescue his reputation, salvage his living room, and - if at all possible - find the person responsible for this particularly tasteless act of murder.
Reviews from Goodreads.com