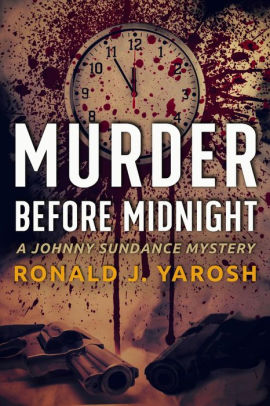 
A sealed room. Two men shot to death. The killer escapes. How could it happen? Can the mystery be solved?

Private Eye mastermind, Johnny Sundance is called in to match wits with a clever killer in this baffling sealed room mystery. In this page-turning stand-alone novel, Johnny is faced with the mind-boggling question of how two men could be murdered instantly hours before the deadly shots were heard.

When two City Councilmen are found shot to death in a home completely locked, the questions pile up faster than they can be answered. How could the time of death, and the time the shots were heard, differ so much? Could the Medical Examiner be wrong? The Mayor, the public and the Chief of Police want answers and they want them fast.

Johnny goes to work using his powers of observation, unique methods, and personal style to determine how the killer did it and why. Follow Johnny in his quest to unravel the mystery in this fast-paced story that will keep you keep you awake and reading until its conclusion.

Buy Murder Rites now and see if you can solve the mystery!