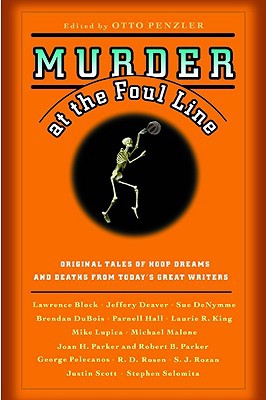 You've seen the headlines. On the court they brawl with opponents, fight with fans, and attack their own coach. Off the court they get drunk, grope women, and, sometimes, get tried for murder. Now these all-star bad boys from the ranks of today's pro basketball provide easy lay-up material for the fictional imaginations of our finest contemporary mystery writers. Refereed by prizewinning editor Otto Penzler, this anthology collects fourteen dazzling, original tales of buzzer-beating suspense and post-game mayhem.

Other literary slam-dunk tales ask just how hard a former Olympic medalist will fight to get back his old glory...what hustle will win you the dunk-or-die prison matchup...and why the pride of the Knicks will never live to see the playoffs. You'll find all the answers inside these pages from acclaimed storytellers Sue DeNymme, Brendan DuBois, Parnell Hall, Laurie R. King, Michael Malone, R. D. Rosen, S. J. Rozan, Justin Scott, and Stephen Solomita. There's the whistle. Here's the tip-off. Let these great clutch shot-makers put you in the zone.
Reviews from Goodreads.com