Murder at the Baseball Hall of Fame — David Daniel 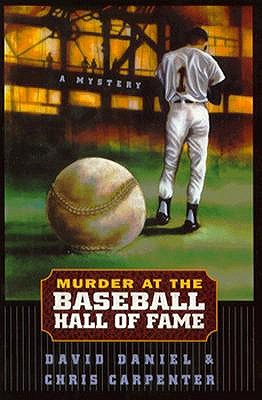 Ex-cop Frank Branco is an appealing Boston-based PI and a big baseball fan. Winning a radio station contest sends him to Cooperstown for the annual induction ceremonies at the Baseball Hall of Fame. At an outdoor reception, a car careens down the lawn toward the pond. Frank's efforts to rescue the locked-in driver, who may already be dead, are futile and the car explodes in flames. Dead is Herb Frawley, a former big-leaguer of great promise whose career ended ingloriously more than 30 years ago. To Branco, there are several reasons to suspect that Frawley's death was not an accident, but the authorities disagree and tell him to mind his own business. Then Frawley's ex-wife, Nola Dymmoch, hires him to continue the search. Eventually, Branco uncovers a sordid tale of murder and betrayal.
Reviews from Goodreads.com