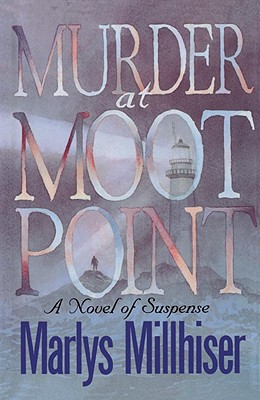 As a literary agent, Charlie Greene is used to making a killing - it's her business. But when she pulls into the foggy town of Moot Point, she finds herself party to a killing of a different kind, one with a corpse and with herself as a suspect. This visit to the laid-back coastal town was supposed to be the chance to secure a deal for her stubborn client, Jack Monroe, whose book of New Age theories has attracted wide speculation among the literary set. But on her first night, Charlie is accused of murdering an elderly woman whose bicycle is mysteriously found beneath the wheels of Charlie's car. Suddenly Charlie has a new project: proving herself innocent of murder. As if the steely-eyed looks from the town's residents weren't enough, Charlie is trying to parent her teenage daughter long-distance; looking for answers to the dreams that continue to haunt her; and fending off - or maybe not - the amorous advances of the local sheriff. All this might not be so bad, but then there's her client, who insists on practicing his otherworldly theories - and claims he's taking Charlie along for the ride.
Reviews from Goodreads.com