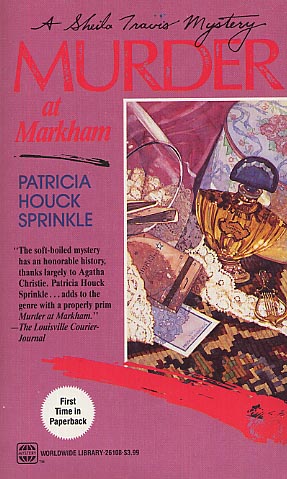 AT A PRESTIGIOUS SCHOOL FOR DIPLOMATS, SOME LESSONS ARE LEARNED THE HARD WAY

The body of beautiful bad girl Melanie Forbes is found wrapped in an Oriental rug in an unused basement storeroom of Chicago's elite school of diplomacy, the Markham Institute.

Sheila Travis, new administrative assistant to the president, has years of diplomatic experience behind her. Though unfamiliar with the protocol for dealing with a murder in one's new workplace, her nose for crime pulls Sheila--and her eccentric Aunt Mary--into the investigation.

Another murder follows and Melanie's ex-boyfriend is charged with both crimes. But Sheila thinks the police have nabbed the wrong man. She's convinced of it when the killer comes after her....
Reviews from Goodreads.com