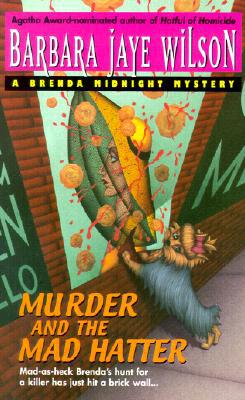 
Slimy low-rent talent agent Lemon B. Crenshaw exceeds the bounds of friendship when he cons Greenwich Village hat designer Brenda Midnight and entangles her in a terrible legal bind. Vowing to get even, she hits Lemmy where it hurts by stealing his beloved brassiere collection right off his living room walls. While filching the bras, Brenda hears a thud, which she later learns was the sound of a dead body hitting the floor above.

An Accusation with No Foundations


Bra-napper Brenda is sure the murderer is the hurried, briefcase-toting man who slams into her as she smuggles the bras out of the building. But Briefcase Boy has an alibi -- and he tells the cops Midnight dunnit. Now Brenda needs the uplifting support of her wacky Village pals -- as she dons her sleuthing hat...and sets out to find a killer before she, herself, is busted for murder!
Reviews from Goodreads.com