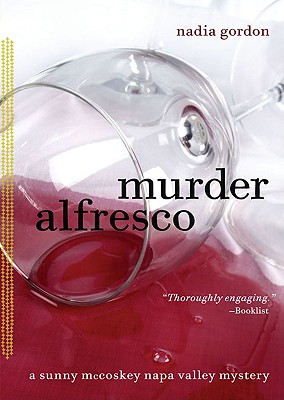 Walking home late one night from a party, Napa Valley restaurant owner Sunny McCoskey happens upon the shocking sight of a murdered woman, bound and hanging from the tree of a local vineyard. Shortly before, she'd seen a truck leaving a local winery, driving without its headlights on. Was it the murderer? And did the murderer see her as well? Sunny's investigation introduces her to a whole new array of colorful characters and suspects, including a hardy contingent of Northern California surfers and a shady community of houseboaters. With the help of her lively and irreverent crew of friends, Sunny uncovers dark motives amid the cool chardonnays, and finds herself the focus of the killer's unwelcome attention.
Reviews from Goodreads.com