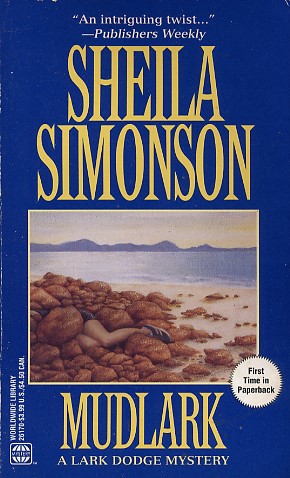 Former bookdealer Lark Dodge and her husband, Jay, have traded California for the rustic beaches of Washington state's Shoalwater Peninsula. At first, life is no more complicated than house renovating and baby making. But a carpetbag of dead sea gulls and a corpse on the beach put things on a more adventurous path.

The victim is Cleo Hagen, an outspoken land-development advocate. She's also the ex-wife of Lark's neighbor--a writer whose house mysteriously burns down. And though circumstantial evidence makes him the prime suspect, Lark, with her knack for crime-solving, believes there are motives that go much deeper. And what she discovers puts her life in jeopardy.
Reviews from Goodreads.com