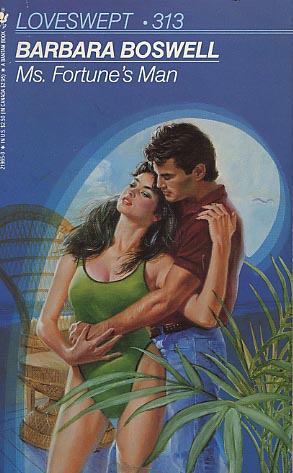 Share:
Nicole Fortune insisted that the baby she held was Drake Austin's child and demanded money from the world-famous photographer She expected rage, denial, even threats, but instead he laughed... and stirred feelings she had no business having for a rich, virile heartbreaker like Drake! She couldn't explain the mystery of little Bobbie's birth without risking losing the baby she'd grown to love as her own, but Drake refused to let this appealing, infuriating woman vanish from his life, even if it meant taking on her eccentric, extended family. Both he and Nicole had known the hurt of being unwanted children, but he'd protected himself by choosing no ties at all, while she'd gathered a clan related only by choice and need. Overwhelmed by Drake, fascinated against her will, Nicole fought him, but she hungered for the ecstasy he could teach her. Seduced by undeniable need, Nicole surrendered her heart-and nearly broke Drake's. Could she convince him that her love was stronger than his pain?