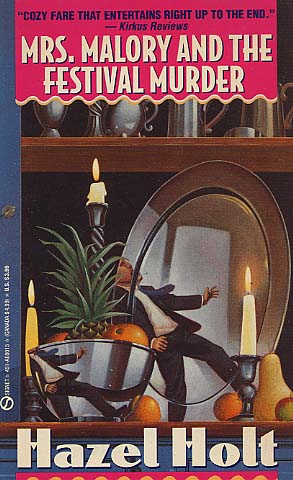 THE CASE OF THE DEAD LITERARY LION

Character assassinations take place daily in genteel Taviscombe, particularly between long-time residents and upstart newcomers. But genuine bloody murder almost never happens in the cozy English Village--until the Taviscombe Festival. Sometime between the dulcet Madrigal and the scrumptious buffet served at stately Kinsford Manor, the fifty-something writer, animal lover, and amateur sleuth, feels especially shaken by the discovery. Her knowledge of village animosities tells her a long list of suspects live uncomfortably close to home. Now that the high-strung and universally hated Adrian is dead, the pudgy wife he flagrantly cheated on is behaving oddly, and the TV producer whose secrets he threatened to expose seems to be gloating. Yet it is one unexpected bit of gossip that puts Mrs. Malory herself in danger...as she may know too much for a desperate killer to bear.
Reviews from Goodreads.com