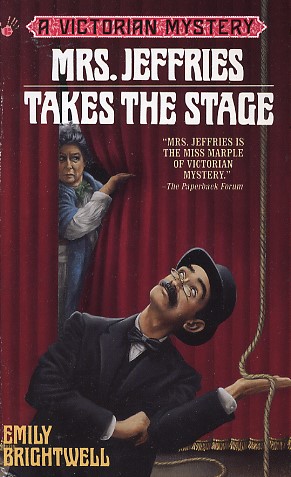 Share:
POISONED PEN
It was a most peculiar murder. A man's body was found in the canal -- but the evidence showed that he had drowned in a bathtub. A theatre critic known for his savage reviews, the victim had had a full cast of enemies. While Inspector Witherspoon scoured the theatre, Mrs. Jeffries uncovered the critic's secret past: a real-life drama more compelling than any stage play...

A MRS. JEFFRIES MYSTERY
She keeps house for Inspector Witherspoon...and keeps him on his toes. Everyone's awed by his Scotland Yard successes -- but they don't know about his secret weapon. No matter how messy the murder or how dirty the deed, Mrs. Jeffries's polished detection skills are up to the task...proving that behind every great man there's a woman -- and that a crime-solver's work is never done.