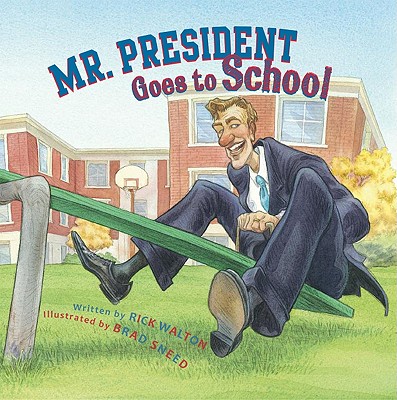 Everyone has bad days. Even the President.

So when his day starts off badly, Mr. President decides he is in need of a time-out from running the country. Disguising himself, he sneaks out of the White House, hurries down the street to the local school and enrolls in Mrs. Appletree s kindergarten class.

There Mr. President slides his fingers through globs of finger paint. He spins around and around on the merry-go-round at recess. He learns to say please, to raise his hand and to take turns.

Back at the White House he is greeted by a panicked Secretary if State and two angry world leaders on the brink of war. But Mr. President remembers what he learned that day in Mrs.Appletree s class and he knows just what to do to avoid an international crisis.

Children will delight in Rick Walton s laugh-out-loud story and its over-the-top take on conflict resolution. Illustrator Brad Sneed s watercolor illustrations capture the humor of the story with their exaggerated, outsized characters and playfully distorted compositions.
Reviews from Goodreads.com 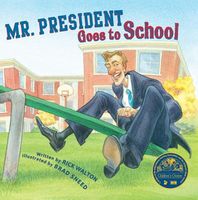 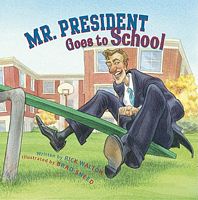