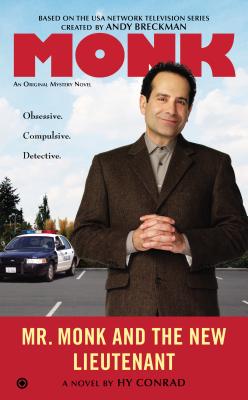 Monk and Natalie have finally settled into a new office routine -- but the detectives soon have another problem to deal with: Captain Stottlemeyer's new lieutenant, A. J. Thurman -- a man of limited skills whom Monk finds insufferable.

Despite Thurman's presence, Monk and Natalie attend the funeral of Judge Oberlin, and it's a good thing. In typical fashion, Monk examines the body in the casket -- and finds evidence of poison. The judge was murdered.

When Captain Stottlemeyer shows the same symptoms the judge had shown, Monk detects the work of a diabolical killer who wants both men dead. With his friend in danger and an enemy close, Monk will have to put his reservations aside to crack the case in time.
Reviews from Goodreads.com