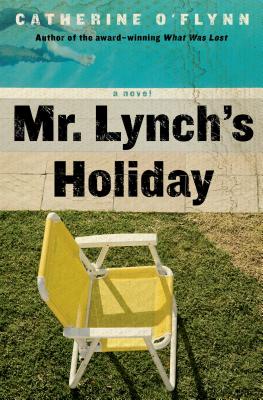 A sophisticated and touching novel of a father and son reconnecting in a foreign place, from the award-winning and bestselling author of What Was Lost

Retired bus driver and recent widower Dermot Lynch grabs his bags from the bus's dusty undercarriage and begins to climb the hill to his son's house. It is Dermot's first time in Spain and the first time he's been out of Birmingham in many years. When he finally arrives at the gates of the crumbling development, Dermot learns that Eamonn, only one of a handful of settlers in the half-finished ghost town of Lomaverde, has fallen prey to an alluring vision and is upside down in a dream that is slipping away.

But Dermot finds something beautiful and nostalgic in Lomaverde's decline -- something that is reminiscent of his childhood in Ireland. Soon he is the center of attention in the tiny group of expats where paranoid speculation, goat hunting, and drinking are just some of the ways to pass the days. As the happenings in Lomaverde take a strange turn, father and son slowly begin to peel back their pasts, and they uncover a shocking secret at the heart of this ad hoc community.

With the depth, grace, and wry authenticity that have characterized Catherine O'Flynn's previous work, Mr. Lynch's Holiday gives us a story that again shimmers with “the power of good old realism” (Jane Smiley, The LA Times) about love, connection, and a father and son finding each other exactly when they need it most.
Reviews from Goodreads.com