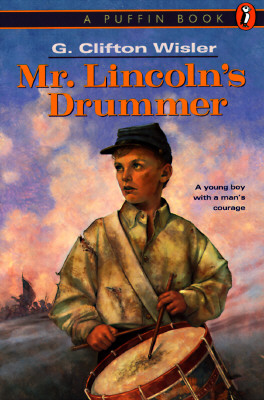 Willie might be too young to be a fighter, but he's brave enough to be a drummer.

Ten-year-old Willie Johnston is too young to be a soldier in Mr. Lincoln's army. So he joins as a drummer boy, instead. Part of Willie's job is rousing the troops in the morning with his drum—the other part is being the last to retreat in battles. In this true story, Willie shows he's brave enough to keep beating his drum, but will he be lucky enough to survive the war?