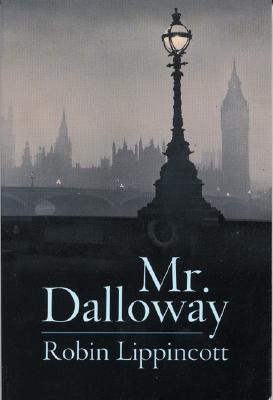 Share:
“Beautifully written and delightfully gay,” Mr. Dalloway sheds new light on Virginia Woolf’s classic novel (The Advocate).   It’s the day of their thirtieth anniversary, and Richard Dalloway has arranged a surprise party for his wife, Clarissa. But as he leaves their house in Westminster to buy flowers, his thoughts turn to Robert Davies—a young editor with whom he has been having an affair for many years. Tired of Richard’s efforts to contain their relationship, Robbie has exposed their affair in a letter to Clarissa, who tells her husband that she “understands.” Despite his misgivings, Richard finds himself on his way to Robbie’s house—only to be shaken by the discovery that Robbie isn’t there.   As in Virginia Woolf’s original novel, Mr. Dalloway takes place within a single day, unfolding with a simultaneity of events: Clarissa walks in London and remembers her courtship with Richard; their daughter Elizabeth searches for answers about her eccentric history tutor’s somewhat mysterious and premature death; and a determined and drunken Robert Davies decides to crash the Dalloway’s party, dressed all in white satin.   As Woolf’s literary creation is reshaped into a completely new story, Mr. Dalloway rides forward on waves of a masterfully complex and musical prose, full of wit, linguistic verve, and startling imagery.   “Lippincott calls his first novel a ‘creative response’ to the Virginia Woolf classic of similar title, but its virtuoso handling of the inner life of its characters should delight more than just Woolf enthusiasts.” —Publishers Weekly   “A playful and worthy companion to both Mrs. Dalloway and Michael Cunningham’s recent, Pulitzer Prize-winning The Hours.” —Booklist