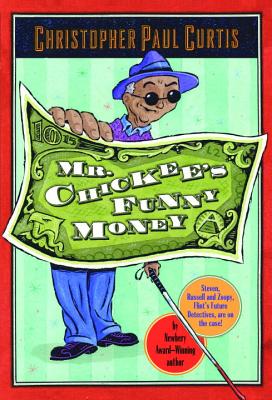 Share:
MR. CHICKEE, the genial blind man in the neighborhood, gives nine-year-old Steven a mysterious bill with fifteen zeroes on it and a photo of a familiar but startling face. Could it be -- real? Well, Agent Fondoo of the U.S. Treasury Department and his team of Secret Government Agents are determined to get that money back! But Steven and his best friends, Russell and Zoopy the giant dog, are more than a match for the Feds. After all, Steven is the president of the Future Detectives of Flint and the inventor of fantastic spying and detecting equipment such as the Snoopeeze 2000!

Readers will love meeting Steven, Russell and Zoopy in this hilarious detective caper from one of America's favorite authors, the award-winning Christopher Paul Curtis.