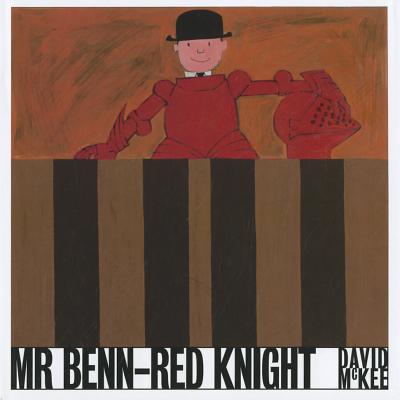 Following the welcomed re-release of Big-Top Benn comes another addition to the immensely popular collection of original Mr Benn adventures by author and illustrator David McKee. First published in 1967, Mr Benn: Red Knight introduces the friendly bowler-hatted character who delighted children a generation ago, and again today. In this fun story, Mr Benn finds himself transported to a medieval world, where he assists an unfortunate dragon whose role as firelighter to the king is threatened by a greedy matchmaker. McKee’s original artwork will entrance children of all ages in what is sure to become a cult classic for yet another generation of readers.

Praise for Mr. Benn: Red Knight:
"The rerelease of this 1967 series opener introduces an adult picture-book hero who combines a childlike disposition with a taste for costumes, a belief in the fantastic, and terrific problem-solving skills. The Brit in a bowler hat needs something unusual to wear to a fancy dress party. He finds a promising little shop that delivers in spades once he dons a red suit of knight’s armor. Transported from the fitting room into a story in which a poor dragon has been ousted from the village by the appearance of a match salesman, Mr. Benn acts as an intermediary and gets the dragon a better job–as the king’s fire-lighter. Through another door and back in the dressing room, he decides he doesn’t need to go to the party after all, but promises to come back to the shop for more adventures. McKee’s iconic 1960’s artwork alternates pen-and-ink line drawings with richly colored, multilayered tone-on-tone illustrations. The conversational narrative serves as a lovely counterpoint to the fantastical story; it’s no surprise that the tales have been animated for British television." - School Library Journal
Reviews from Goodreads.com 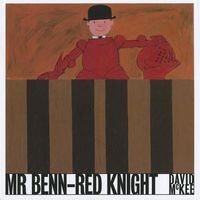