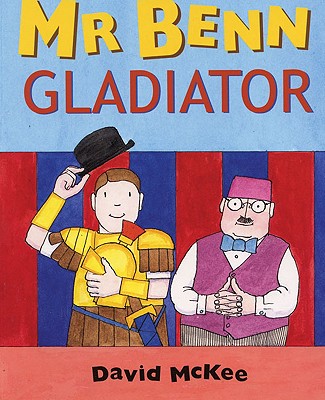 Another Mr Benn adventure, from the beloved David McKee

Mr Benn always visits a costume shop, chooses a costume, and goes through a special door. Then, as if by magic, he can travel to the era represented by the costume. This time he chooses a gladiator costume and is transported to Ancient Rome. But he has forgotten that gladiators fought one another. When the Emperor spots Mr Benn, he has him carried off to the arena. The worried gladiators there explain that they must fight, even though fighting is wrong. Will it be thumbs down for the alternative entertainment Mr Benn proposes?
Reviews from Goodreads.com 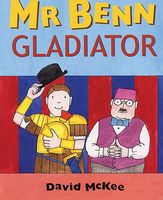 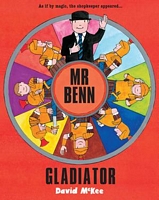