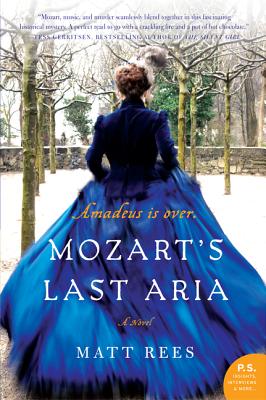 The news arrives in a letter to his sister, Nannerl, in December 1791. But the message carries more than word of Nannerl's brother's demise. Two months earlier, Mozart confided to his wife that his life was rapidly drawing to a close . . . and that he knew he had been poisoned.

In Vienna to pay her final respects, Nannerl soon finds herself ensnared in a web of suspicion and intrigue -- as the actions of jealous lovers, sinister creditors, rival composers, and Mozart's Masonic brothers suggest that dark secrets hastened the genius to his grave. As Nannerl digs deeper into the mystery surrounding her brother's passing, Mozart's black fate threatens to overtake her as well.

Transporting readers to the salons and concert halls of eighteenth-century Austria, Mozart's Last Aria is a magnificent historical mystery that pulls back the curtain on a world of soaring music, burning passion, and powerful secrets.
Reviews from Goodreads.com