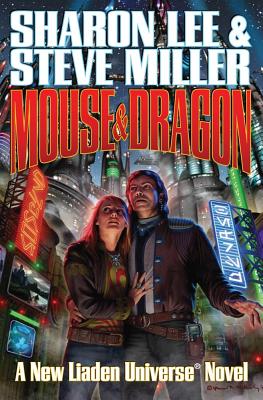 Aelliana Caylon has endured much, and finally, she appears to have won all: a spaceship, comrades, friends -- and the love of a pilot she adores.

Even better that her lover -- the man who was destined for her, a man as much a loner as she -- is also the Delm of Korval, arguably the most powerful person on all of Liad. He has the power to remove her and protect her from the toxic environment of her home Clan. Best of all, he agrees to sit as her co-pilot and her partner in a courier business.

Even happy endings sometimes show a few flaws. Such as Aelliana's home clan being not as agreeable to letting her go as it had first seemed. And the fact that someone is stealing pilots in the Low Port, which falls within the Delm of Korval's honor. Oh, and the revelation that the man she loves -- the man who is destined for her -- isn't entirely the man she thought he was. And finally, she discovers that even the lift from Liad she'd so fervently desired, is part of a larger plan, a plan requiring her to be someone she never thought she was, or could be.
Reviews from Goodreads.com