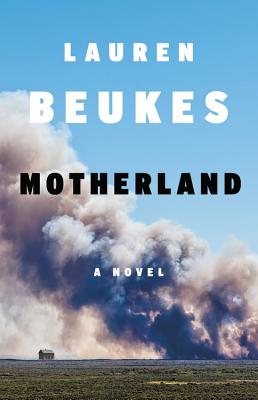 
Blade Runner meets The Handmaid's Tale in this shocking story of the lengths a mother will go to protect her son from a hostile world transformed by the absence of men.

Years after a super-virus decimates the male population, the America has refashioned itself. With different customs and laws and different methods of shame and punishment, America is unrecognizable to the one you know today. Now, hiding a living and healthy male is one of the gravest offenses, rivaled only by the murder of a man. Cole, a mother on the run, is guilty of both crimes, and desperate to find a safe life for her adolescent son Miles.

Drifting through the transformed Western states-from a commune in the Rockies to a high security laboratory in the redwoods of northern California-the two must negotiate living on the fringe of the new America, all while concealing Miles' identity and evading a mysterious, powerful man bent on justice.

With hopes of escaping to South Africa to a better life, mother and child see their chance, at long last, in the secret world of a cult, but only if they can keep their own secrets and outmaneuver an ex-boyfriend from hell.

A brilliant blend of psychological suspense, American noir, and trenchant science fiction, Motherland is the high-stakes, propulsive story that Lauren Beukes' fans have been waiting for.