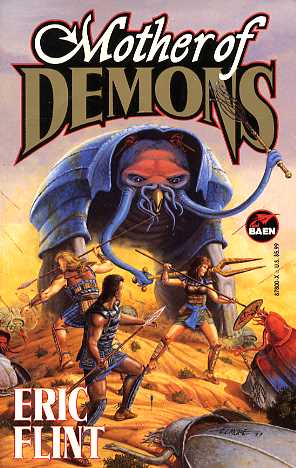 A mercenary outcast with a perversion no one cared to think about. (She liked males.)

A holy leader, who knows her people are on the verge of great upheaval--and who wants to know more about this new tribe of demons.

A battle-mother, possibly the greatest battle-mother who ever lived--if the rules of her tribe don't force her into a battle even she can't win.

A keeper of the secrets of history who would control the tides of fate--if only she could.

A paleobiologist with a terrible sense of humor.

They were all revolutionaries, but none of them expected anything like this....
Reviews from Goodreads.com