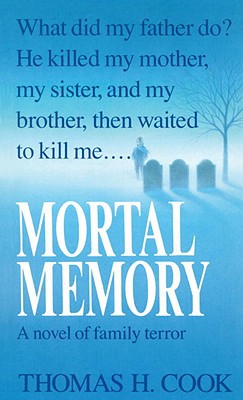 Along with Jamie and my mother, Laura died at approximately four in the afternoon. It was almost two hours later that Mrs. Hamilton, a neighbor from across the street, saw my father drive away.

During those long two hours in which he remained in the house, my father washed my mother's body and arranged her neatly on the bed. After that, he made a ham sandwich and ate it at the table in the kitchen. He drank a cup of coffee, leaving both the plate and the cup in the sink.

He didn't pack anything, because he left with nothing.

He didn't reenter either Laura's or Jamie's room. He made no attempt to clean up the frightful mess that had been made of them.

And yet, for no apparent reason, he remained in the house for a full two hours.

What had he been waiting for?
Reviews from Goodreads.com