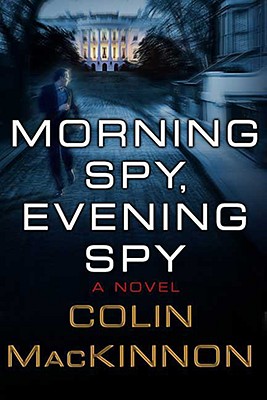 An Afghan resistance fighter of the 1980s, once on the CIA payroll, has come back to haunt the agency. Kareem has become an enemy, a killer working closely with al-Qaeda and the Taliban, involved in drug trafficking and other crimes. He has arranged the murder of an American CIA agent in Pakistan, which may mean that an intricate, long-planned CIA operation to capture Osama bin Laden has been compromised.

CIA officer, Paul Patterson, who had run Kareem as an agent during the Soviet occupation of Afghanistan, sets out to track him down. Patterson navigates a shadow land of intrigue in England, Africa, the Middle East, and the U.S., where truth and lies seem to merge.

Meanwhile, Muhammad Atta and the other September 11 conspirators prepare their attack on the World Trade Center. Seeking Kareem, Patterson comes closer and closer to Atta. The climax is a stunning reversal of everything that Patterson's quest has led him to expect.

Peopled with dedicated operatives trying to protect Americans from Islamic terrorism, rival Washington bureaucrats jockeying for information and position, old CIA hands who operate by their own sets of rules, African rebels, diplomats, and assassins, this gripping and fast-paced novel, written by the author praised by The New Yorker for capturing "the le Carre manner," inspired in part by The 9/11 Report, captures the world of the CIA and the terrorists with the intensity John le Carre brought to the Cold War.
Reviews from Goodreads.com