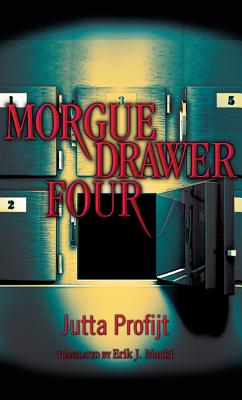 Coroner is the perfect job for Dr. Martin Gänsewein, who spends his days in peace and quiet autopsying dead bodies for the city of Cologne. Shy, but scrupulous, Martin appreciates his taciturn clients -- until the day one of them starts talking to him. It seems the ghost of a recently deceased (and surprisingly chatty) small-time car thief named Pascha is lingering near his lifeless body in drawer number four of Martin's morgue. He remains for one reason: his “accidental” death was, in fact, murder. Pascha is furious his case will go unsolved -- to say nothing of his body's dissection upon Martin's autopsy table. But since Martin is the only person Pascha can communicate with, the ghost settles in with the good pathologist, determined to bring the truth of his death to light. Now Martin's staid life is rudely upended as he finds himself navigating Cologne's red-light district and the dark world of German car smuggling. Unless Pascha can come up with a plan -- and fast -- Martin will soon be joining him in the spirit world. Witty and unexpected, 'Morgue Drawer Four' introduces a memorable (and reluctant) detective unlike any other in fiction today.
Reviews from Goodreads.com