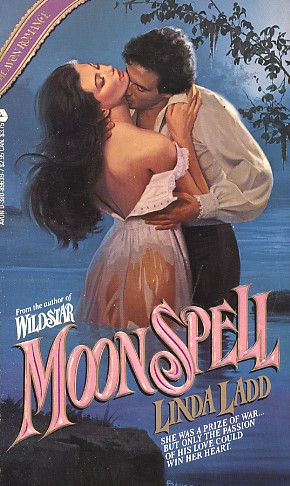 By the stroke of King William's pen, Jillian Devlin and all her lands became the property of an English lord. Powerless to prevent the marriage decreed by the king, Jillian swore that Lord Justin Spenser would never touch her.

Hiding her pale Irish beauty behind a hideous mask, Jillian played a clever game of deception to make herself undesirable. But Justin had already become obsessed with an enchanting young woman he had encountered in a secluded pool where he had stopped to bathe ...a vision of loveliness that set his heart on fire... then vanished as quickly as she had appeared.

And even as Jillian continued her masquerade, she trembled at the recollection of those magic moments in the clear, blue water, when Justin's firm embrace overwhelmed her with frightening new desires... passions that captured her very soul, and turned her hate to an all-consuming love.
Reviews from Goodreads.com