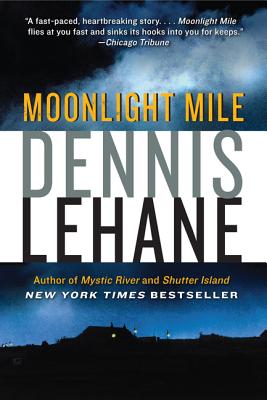 Amanda McCready was four years old when she vanished from her blue-collar Boston neighborhood. Patrick Kenzie and Angela Gennaro risked everything to find her -- only to orchestrate her return to a neglectful mother
and broken home.

The disappearance of little Amanda was the case that troubled Kenzie and Gennaro more than any other. Still haunted by their consciences, they must now revisit the nightmare that once tore them apart -- following the trail of a lost teenager into a world of identity thieves, methamphetamine dealers, and Russian gangsters, right up to the doorstep of a dangerously unstable crime boss and his demented wife. Once again Patrick and Angie will be putting everything that matters to them on the line in pursuit of the answer to the burning question: Is it possible to do the right thing and still be dead wrong?
Reviews from Goodreads.com

In one of their first cases, investigators Patrick Kenzie and Angie Gennaro found missing four-year-old Amanda McCready and brought her home. However, the home she returned to was a broken home and her mother, Helene, was of dubious character.
Now, Amanda is sixteen-years-old and her aunt, again, asks their help.

The setting is again Boston with the homeless, the abandoned shuttered homes and for many, lost hope.

The economy in 2009 was hurting and unemployment was soaring. Angie is at night school and Patrick's income is barely sufficient.

Reluctantly Patrick and Angie take the case. Because they are now parents, themselves, they see things differently and they feel badly for bringing Amanda back to that sad, neglectful home.

They find that Amanda is a honor student at high school and seemed destined to rise above her surroundings. A scholarship to Harvard awaits her if she finishes her courses. They also find that Amanda's friend, Sophie, disappeared with her.

The story follows the girls and we learn of identity theft and a black market baby selling operation. Amanda is on the run. She has two items that a ruthless gang leader wants. The gangester is a meth user and unbalanced.

Dennis Lehane is now a new father, himeslf and told the audience in a recent mystery conference, that he wanted to make a statement about the economy of 2009 and about parenthood.

He accomplished both goals with an excellent addition to the legend of Kenzie and Gennaro. 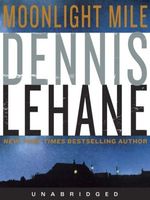 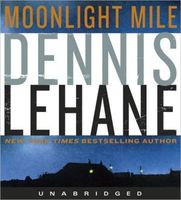 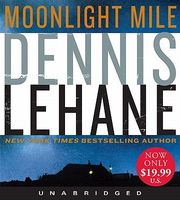