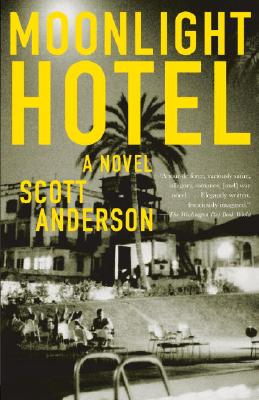 The time is the early 1980s, when the American Empire has begun to tentatively flex its muscles once again. Kutar is a diplomatic backwater, a former British colony, barely a blip on the State Department's radar back in Washington. For centuries desultory tribal conflict has flared sporadically in the arid hills hundreds of miles from the coastal capital of Laradan, and as the book opens rumors of a new skirmish there reach the city's inhabitants. As always, the residents of Laradan ignore the stories, but this time something is different: The Americans decide to do something about it.

As any casual student of geopolitics might guess, this is bad news for the people of Kutar. Urged on by a Kurtzian American military advisor named Colonel Munn, the little-used Kutaran army marches into the hills. In quick order they are decimated, and with stunning rapidity the heights above Laradan are occupied by a rebel force possessed of the government's abandoned artillery. Soon the Americans, and all other foreigners, are ordered from the country and leave the people of Laradan to their fate.

For his own deeply personal reasons, David chooses to stay on in the besieged city, and moves into the Moonlight Hotel, a crumbling colonial dinosaur. There he is joined by an eclectic assortment of other foreigners, including a senior British diplomat, an acid-tongued Romanian countess, and Amira, an aristocratic young woman who previously spurned David's romantic advances. Together, this small community tries to maneuver over the radically-changed landscape of the beleaguered city, while holding out hope that the outside world might yet come to its rescue. Then the shooting begins in earnest.
Reviews from Goodreads.com