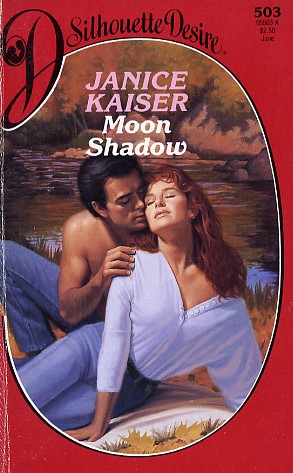 Beneath the shadowed moon, Kira Lowell found herself mesmerized by the fire she saw in Joshua Bearclaw's eyes. The moment he touched her, she was lost in his exotic magic, a spell so powerful that she forgot he was the enemy. Joshua was her adopted child's natural father, and he had come to claim his son.

When Joshua held Kira in his arms, he also felt the passion drawing them together. But he knew, better than Kira, that they came from different worlds--he from the reservation, she from the city. Joshua was afraid that the fragile romance they shared by the moon's silver light could never survive the golden fire of day.
Reviews from Goodreads.com