Moon in the Water — Victoria Glenn 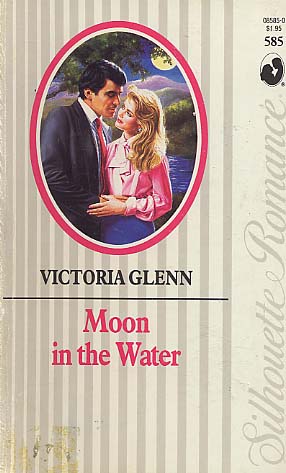 Jacob Van Cleef was the powerful man in tiny Half Moon Falls, and he didn't tolerate anyone challenging his authority--until fiery Liza Langley breezed into town, calling him a yoke and poking her pretty nose into his business. Liza's stunning beauty and crackling wit rouse Jake's weary heart like a stirring melody and soon had him longing to make this mysterious newcomer a permanent resident

Casting off her sophisticated Washington image, Liza had escaped to the beautiful country villa with scandal at her heels. She'd thought her heart was broken, but rugged, infuriating Jake proved her wrong. Moonlit nights with him had her senses humming glorious music, but would the song end when he discovered her past?
Reviews from Goodreads.com