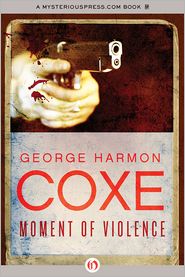 David Payne is only twelve hours from vacation when he gets the fateful summons. Professor John Alison, David's mentor and most prominent client, needs him to go to Barbados -- and if he doesn't tread carefully, he may not return.

David is charged with checking on a beachfront property owned by the professor -- which an unscrupulous rat named Mike Ludlow is trying to swindle away. The professor is too tired to fight, but his daughter has other ideas. She has snuck away to Barbados, and she's brought the professor's gun. David Payne's job is to stop the bloodshed before it starts -- but he might not get there in time.
Reviews from Goodreads.com