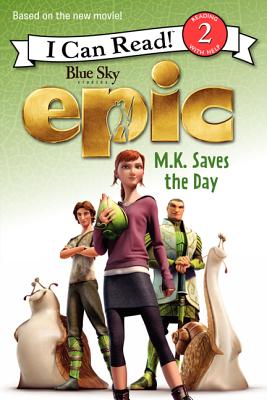 
From the creators of Ice Age and Rio, Epic tells the story of a hidden civilization. The battle between good and evil rages until a teenage girl is magically transported into this forest kingdom to help save their world, and ours.

When M.K. is magically shrunk down to two inches tall, she discovers a hidden kingdom, filled with tiny forest folk. Her father has been researching the Jinn his entire life, and now she knows they not only exist, but they're fighting for their very survival. She joins them in a dangerous quest to save their world.

This Level 2 I Can Read, based on the film, is sure to be a hit with young fans.