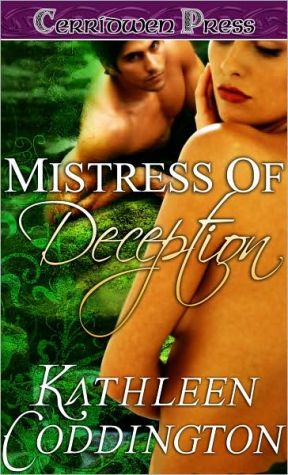 Fleeing her half brother Paolo after his attempt to have her murdered for her dowry, Isabella D'Angelo disguises herself and heads to her uncle in Rome. The journey is full of danger to both her life and her reputation.
Marco Galleazzo is on his way to Rome on an important mission. When he saves Isabella from a group of drunken mercenaries, she begs him to take her with him. Even after he discovers his newly acquired body servant is really a woman, the fear in Isabella's eyes compels him to help her even as he fights his growing attraction to his mysterious companion.

During the long journey their mutual desire eventually ignites passions neither of them can deny. Isabella longs to tell Marco the truth about herself, but Paolo's treachery still haunts her. If she doesn't find the courage to trust Marco, the web of lies she's created is sure to destroy the love blossoming between them.

And in the middle of that web -- Paolo waits.
Reviews from Goodreads.com