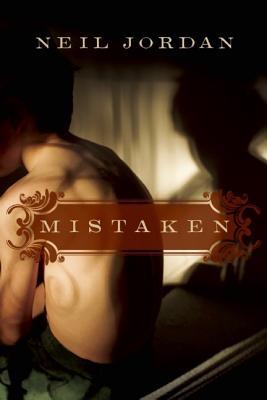 I had been mistaken for him so many times that when I heard he had died it was as if part of myself had died too.” So begins Mistaken, the new bestselling novel from the master of gothic fiction, Neil Jordan.
Kevin and Gerald were two boys growing up on opposite sides of the Dublin economic divide. Though they had never met, they shared a growing awareness of each other through episodes of mistaken identity. Yet Kevin was doubly haunted, living next door to the one-time residence of Bram Stoker, and the shadow of both a vampire and Gerald stretch far across his early years. For a time, the boys’ doppelganger paths would cross innocently enoughone stealing the other’s unwitting girlfriend, or being called out to in the streetuntil a family tragedy sends them both down a much darker path.
Mistaken comes complete with a plot as precise and as crafted as that of the finest thriller, filtered through an insistent narrative voice that holds the stricken reader as if at gunpoint. For all the revelation and the anger, it is the writing, the linguistic artistry that ultimately leaves one gasping. Be warned: this is a great international novel, a great Irish novel and, most of all, a great Dublin novel that thoughtfully heeds Joyce and then breaks free the way a child eventually shrugs off even the most loving and beloved of parents.” ¬Irish Times
Reviews from Goodreads.com